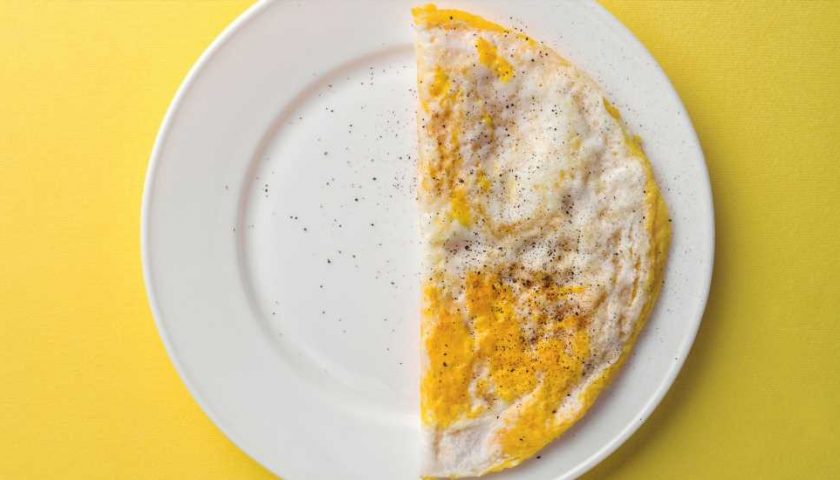 Given the popularity of the ketogenic diet and intermittent fasting on their own, it’s no wonder that some people are trying both of these diets together. The two eating patterns share some similarities, so it has us wondering: is it more effective to combine them?

First, a quick reminder on what each is and does:

The ketogenic diet limits carbs to around 20 to 50 grams per day, depending on the person. It’s high in fat—70 to 80 percent—and moderate in protein, around 25 percent of calories. The diet has been used to treat epilepsy in children, and has recently seen an astronomical growth trajectory in terms of followers, probably due to the fact that it works well for weight loss. At least, in the short-term.

The research behind keto in adults is mostly short-term, but suggests that maintaining this diet can have a positive impact on weight, triglycerides, and blood glucose.

Intermittent fasting is an eating pattern that involves relatively long periods of fasting, interspersed with windows of “feeding.” This way of eating has several formats, the most popular being 8/16, which entails a daily 16-hour fast and 8-hour feeding window. IF has mostly small-scale human and animal research behind it, with some of those studies suggesting that it’s effective for weight loss, reducing cholesterol, and decreasing insulin resistance.

Given the efficacy of both these eating patterns, doing keto and IF together seems like an attractive prospect. There are pros and cons.

The Pros of Combining Intermittent Fasting and Keto

Replacing carbs with fat on a keto diet causes appetite to decrease, possibly due to shifts in appetite-regulating hormones. Once you’re fat-adapted on the keto diet and your appetite is lower than normal, you’ll probably find the fasting portion of IF easier.

The controlled calories from the short feeding window, plus the fact that you’re using fat for energy, may mean that you may lose more weight in a shorter period of time. While this can be a benefit for those looking to lose weight, research suggests that weight loss from IF and keto may not be any better in the long term compared to a low-calorie diet.

The ketogenic diet restricts carbs so the body switches to fat for fuel. At the same time, fasting causes the body’s glycogen levels to deplete, so the combination of the two diets together is like a fast-track to ketosis. This can help mitigate the “keto flu,” a particularly nasty symptom of the transition into ketosis.

The Cons of Combining Intermittent Fasting and Keto

Done wrong, keto can still be unhealthy, and IF doesn’t change that. Unlike what many people perceive it to be, the ketogenic diet isn’t meant to be full of cheese, eggs, and bacon. To help avoid increases in LDL cholesterol, the keto diet should be based on mostly unsaturated fats from sources such as avocados, nuts, and olive oils. 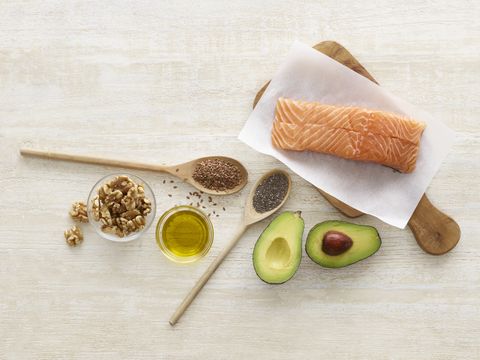 Con: It may affect athletic performance

While IF may help reduce fat stores while preserving muscle mass, the extremely low carb level of the ketogenic diet has been shown to negatively affect athletic performance. This may not be the case with everyone, but carbohydrates, not fat, are still considered to be the best source of fuel for athletes.

It’s a lot of restriction. Most people would consider the ketogenic diet fairly restrictive on its own, with its extremely low carb limits. In fact, because of the level of restriction, most people can’t stick to very low carb diets for the long term. Adding a layer of time constraints on top of the keto diet may be too much to handle. And the benefits of these diets are present only during the time that you’re on them; they tend to disappear once you go back to your normal eating habits.

Combining keto and IF may be effective for some people, but in this case, more might not be better. The overall level of restriction of doing both diets together may be overwhelming, and because each diet has been shown to be effective on its own, there’s no compelling reason to combine them, especially if doing so will impact your ability to maintain this style of eating for the long-term.