The Princess of Wales is never not on the go as she flits between her royal duties, red carpet events and being a mother to Prince George, Princess Charlotte and Prince Louis.

The 40-year-old royal is also a keen athlete, enjoying regular runs, outdoor cycles with her children and tennis, amongst other sports. If you thought Princess Kate’s endless bouts of energy were down to caffeine, you’re not totally wrong, although despite being a fan of coffeehouse chain Starbucks, the wife of Prince William doesn’t necessarily get her energy fix from coffee…

Back in 2013 when she was expecting her first child Prince George, the Princess of Wales was spotted getting a takeaway coffee from Starbucks, which US Weekly revealed was a skinny decaff latte. The royal supposedly even paid with a Starbucks loyalty card, suggesting she was a regular at the popular spot!

Although the royal may have opted for a decaf coffee during her pregnancy, we do know that her daily breakfast provides her with more than enough caffeine to keep her fuelled throughout the day. 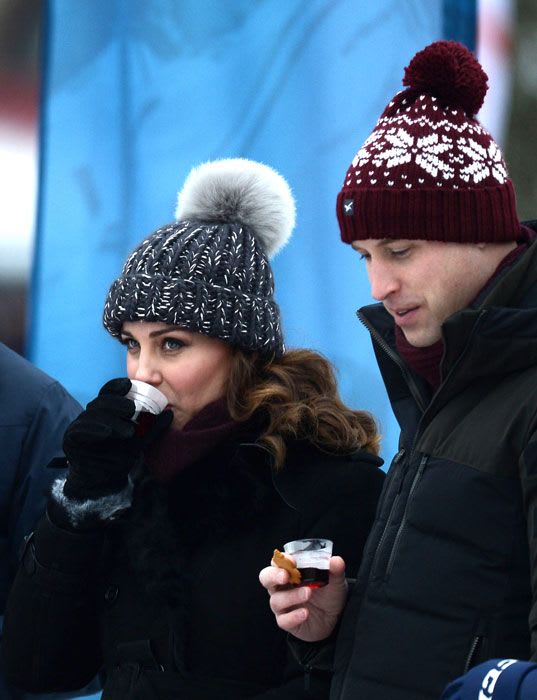 The Princess was formerly spotted enjoying a Starbucks

According to MailOnline, the mother-of-three likes to drink a nutrient-rich smoothie to start her day. The Princess is said to blend a combination of kale, spirulina (a type of algae), matcha (green tea leaves), spinach, romaine, cilantro (coriander leaves) and blueberries together for her healthy morning drink.

We spoke to former royal nutritionist, Jennifer Hanway, who analysed Kate’s breakfast smoothie. “Kate has a ton of antioxidants in there, a ton of vitamins and minerals, and a ton of fiber – which make for a powerhouse of overall health”, confirmed Jennifer. “Everything from the kale to the leafy greens is a really great source of nutrients.

Matcha is not only known for its natural caffeine content, but also its antioxidant-rich powers that make it super beneficial for overall health. As reported by Healthline, matcha may fight inflammation in your body, help maintain healthy arteries, and promote cell repair.

It can even reduce risk of heart disease, aid weightloss, boost relaxation and alertness and boosts brain function.