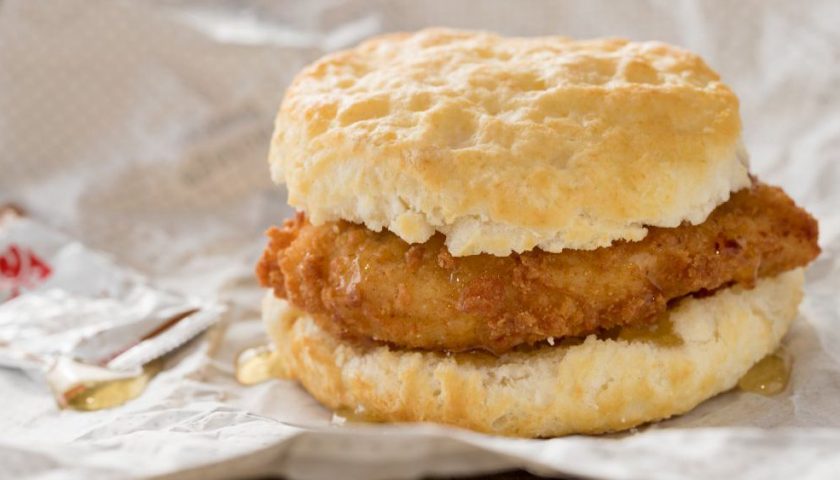 It feels like every other day Chick-fil-A is in the news for something. Normally it has more to do with their politics than the food, but that’s not the case this week. Turns out, the chain adds MSG to their iconic fried chicken, and customers are up in arms over the revelation.

Let’s discuss the controversial ingredient real quick, k? Monosodium glutamate (MSG) is a sodium salt that is derived from an amino acid called glutamic acid. It’s naturally occurring in our bodies and is in a whole bunch of other foods.

And despite the Food and Drug Administration’s assurance that it is “generally recognized as safe,” it’s got a bad rap. Rumors have circulated for years concerning side effects. According to the Mayo Clinic, the “flavor enhancer” can cause a number of less than stellar reactions including headache, flushing, sweating, facial pressure, numbness, fluttering heartbeat, chest pain, and more. Basically, we’re still a little unsure about MSG’s risk. However, considering FDA’s stance, we should probably take the concerns with a…grain of salt.

Here’s the interesting thing: Chick-fil-A is also one of the only fast food chains to use MSG. “Burger King has made substantial changes to its menu to embrace and promote 100% real food—fresh produce, beef and vegetables—and this will increasingly become part of our core marketing for our guests,” A rep for Burger King told TODAY. “Part of this important commitment is fully removing MSG from our menu and we’re proud to say that our plan is to have this complete by the end of this year.”

Ya girl didn’t realize that MSG is an active ingredient in @ChickfilA ‘s seasoning so I just spent a whole 10 minutes straight vomiting. Was it worth it? No it wasn’t.

Is Chick-fil-A on the same track? TODAY also reports that the company is aware that some folks may have adverse reactions to the ingredient. The classic chicken sandwich, spicy chicken sandwich, and chicken nuggets all include it, but a spokesperson claims the chain is “researching the removal of MSG from these menu items.”

Tbh, that’s kind of a vague answer. Are you removing it or not, Chick-Fil-A?