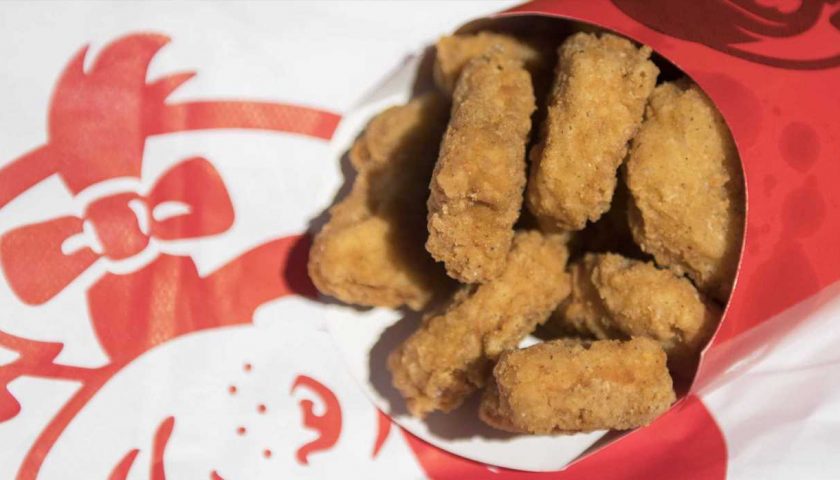 This weekend, Chance The Rapper accidentally brought back Wendy’s Spicy Chicken Nuggets with a single tweet (and 2 million subsequent Likes). Shortly thereafter, Amy Schumer announced the sex of her baby—a boy! Who’s finally here!—in a post asking fans to #BoycottWendys: “Instead of spicy nuggets, we want food that is harvested with dignity NOT violence,” she wrote.

Alyssa Milano has since voiced her support of the campaign as well, which dates back to as early as 2005.The issue centers on The Coalition of Immokalee Workers’ Fair Food Program, which describes itself as “a partnership among farmers, farmworkers, and retail food companies that ensures humane wages and working conditions for the workers who pick fruits and vegetables on participating farms.”

Hey!We love @chancetherapper and hate to be the ones to tell him that Wendys is the only fast food chain refusing to protect farmworker women from sexual assault and rape in the fields. This is true. Please read that sentence again. Message for the people in charge: Instead of spicy nuggets, we want food that is harvested with dignity NOT violence. Please join the @fairfoodprogram and #BoycottWendys link in my bio of how you can help. Also we are having a boy. 🥳

In March 2019, the New York Times reported that the program currently benefits around 35,000 laborers, most of whom live in Florida. In the past decade, it has helped improve working conditions in the tomato industry, reducing incidences of violence and wage theft.

Wendy’s is said to be the last major fast-food company to not join the program. Subway and Burger King joined in 2008, McDonald’s in 2007, and Yum Brands, which owns Taco Bell, KFC, and Pizza Hut, in 2005. Other partners include Whole Foods, Chipotle, Walmart, and Trader Joe’s. In 2013, the Coalition officially began its campaign against Wendy’s, urging the fast-food company to join the Fair Food Program.

Protests against Wendy’s have taken place in cities and on college campuses, where students are asking their universities to ban Wendy’s restaurants from operating on the premises. A Wendy’s spokesperson told The Times that the company started buying tomatoes from indoor greenhouse farms largely in the U.S. and Canada; however, there are questions over whether those spaces have better working conditions.