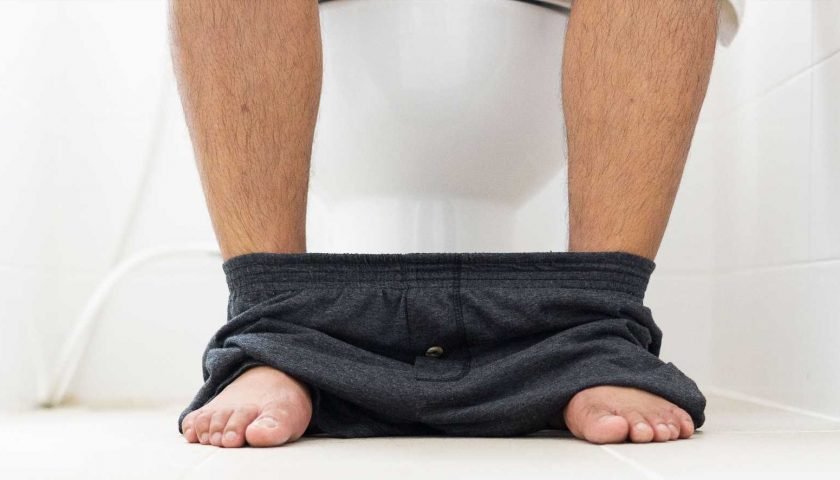 For some, the low-carb ketogenic diet is a quick way to shed excess weight. Although losing weight while eating tons of cheese, bacon, and fat may sound great, you’ll ultimately pay the price in another way: popping problems.

Although any diet change will throw off bowel movements, keto dieters are especially prone to diarrhea or constipation. If you’re thinking of trying the trendy diet for yourself, here’s a breakdown of what you can expect.

You may be constipated on keto

“Most people right away will get pretty constipated,” says Liz Weinandy, R.D. at The Ohio State University. This is especially true for people who are used to eating plenty of fiber from whole grains and fruits, which are limited on the keto diet. Carbohydrates are typically capped at 30 grams per day, making it hard to enjoy a bowl of oatmeal or an apple.

You could experience diarrhea on keto

Alternatively, some people may have the opposite problem. Barbie Boules, R.D.N., founder of Nyoutrition, previously told Men’s Health this occurs when people don’t digest all the fat they’re consuming. Plus, many keto-friendly foods contain non-nutritive sweeteners or sugar alcohols, which may cause digestive problems in some people. “Sorbitol in particular is notorious for causing GI upset,” she says.

Your poop will probably look different

Stool will have less bulk, due to lack of fiber, and be smaller in size, which isn’t exactly ideal. For reference, this would be level one on the Bristol Stool Chart.

“Ideal poop is soft but formed,” says Weinandy. “Not too lose and not too solid.”

Dr. John Whyte, M.D., MPH and Chief Medical Officer at WebMd says your poop also may be lighter in color due to the high fat content.

Your poop could smell different

Anecdotally, Weinandy says some patients say their bowel movements are more, uh, pungent. “I have quite a few patients who complain of it smelling worse,” she says. That’s because eating a lot of high fat foods makes stool move more slowly through the gastrointestinal track. As a result, stool sits in your system for longer periods of time and can putrefy more easily–particularly if you’re eating lots of protein.

You may see blood from hemorrhoids

So, how do you prevent these awful side effects?

Weinandy recommends drinking plenty of water and taking a fiber supplement like psyllium husk. Many keto dieters rely on magnesium powder or pills to poop, which Whyte advises against.

“I’m not a fan of just taking supplements or minerals without talking to a doctor,” he says. “Depending on one’s underlying medical condition, they can affect the kidneys or the heart when taken in excess.”

Or, you could just give up on being keto–like some of Weinandy’s patients.

“It [constipation] could be a make or break deal for some,” she says.