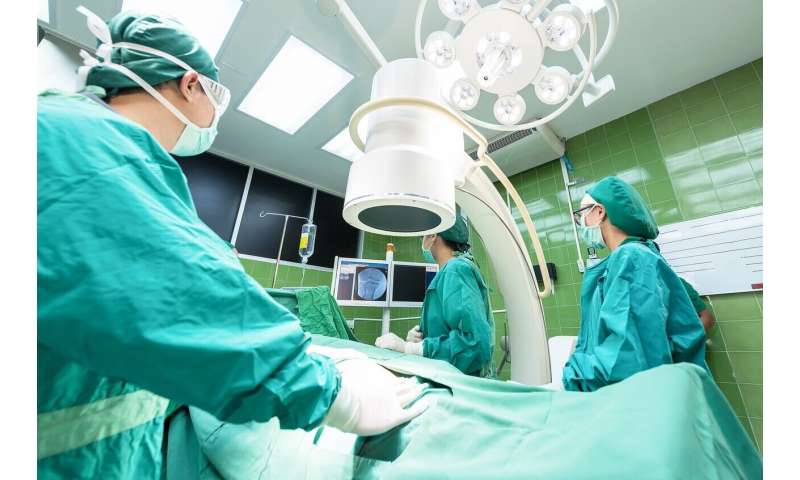 Women with a genetic predisposition for breast cancer were 2.5 times more likely to develop a malignancy than women with the same genetic risk who underwent bariatric or weight-loss surgery, according to a new study presented today by Cleveland Clinic Florida researchers at the 36th American Society for Metabolic and Bariatric Surgery (ASMBS) Annual Meeting at ObesityWeek 2019.

Breast cancer incidence in women with severe obesity or a body mass index (BMI) of 35 or higher was found to be 18 percent while incidence for closely matched patients who had weight-loss surgery was 7.4 percent. The study also found that weight-loss surgery cut the overall risk of developing cancers linked to obesity by 20 percent.

For the study, researchers reviewed the data of 1,670,035 patients with a body mass index (BMI) of 35 or greater collected between 2010 and 2014 in the National Inpatient Sample (NIS), the largest all-payer inpatient healthcare database. The incidence of cancer was compared between more than 1.4 million patients who did not undergo bariatric surgery (control group) and nearly 250,000 patients who did.

“Our findings suggest bariatric surgery could significantly prevent the development of cancer in patients with a higher risk than the average population, even in those genetically predisposed,” said study co-author Emanuele Lo Menzo, MD, Ph.D., FASMBS, Associate Program Director, General Surgery Residency Program, Cleveland Clinic Florida in Weston. “The effect we saw on patients genetically predisposed to developing breast cancer was remarkable and we believe this is the first time a study has shown such an impact. Further studies are needed to determine the factors, including weight loss, that may have led to such risk reduction.”

According to the American Cancer Society, having more fat tissue can increase the chances of getting breast cancer by raising estrogen levels. Overweight and obesity are associated with an increased risk of 13 types of cancer, which accounted for about 40 percent of all cancers diagnosed in the United States in 2014, according to the U.S. Centers for Disease Control and Prevention (CDC).

“Cancer prevention is a new frontier in research about bariatric surgery and the data is compelling,” said Eric J. DeMaria, MD, President, ASMBS and Professor and Chief, Division of General/Bariatric Surgery, Brody School of Medicine, East Carolina University Greenville, NC, who was not involved in the study. “The evidence continues to mount that patients and doctors considering bariatric surgery should look beyond weight loss in terms of its benefits.”

The American Society of Clinical Oncology (ASCO) calls obesity a major unrecognized risk factor for cancer that has also been associated with an increased risk of recurrence and mortality in patients with cancer.

The Centers for Disease Control and Prevention (CDC) reports 93.3 million or 39.8 percent of adults in the U.S. had obesity in 2015-2016. The ASMBS estimates about 24 million have severe obesity, which for adults means a BMI of 35 or more with an obesity-related condition like diabetes or a BMI of 40 or more. In 2017, 228,000 bariatric procedures were performed in the U.S., which is about 1 percent of the population eligible for surgery based on BMI.