German Shepherd mauled girl, seven, so badly she was left nearly blind in one eye and needed her skull stitching back together

A seven-year-old girl nearly lost her eye and was left with part of her skull exposed after being mauled by a German Shepherd.

Sophie Evans had a chunk of her face and scalp ripped off during the vicious attack outside her home in Wombwell, South Yorkshire, in January.

She spent more than five hours in surgery having the gashes, one of which was just millimetres from her right eye, stitched back together. 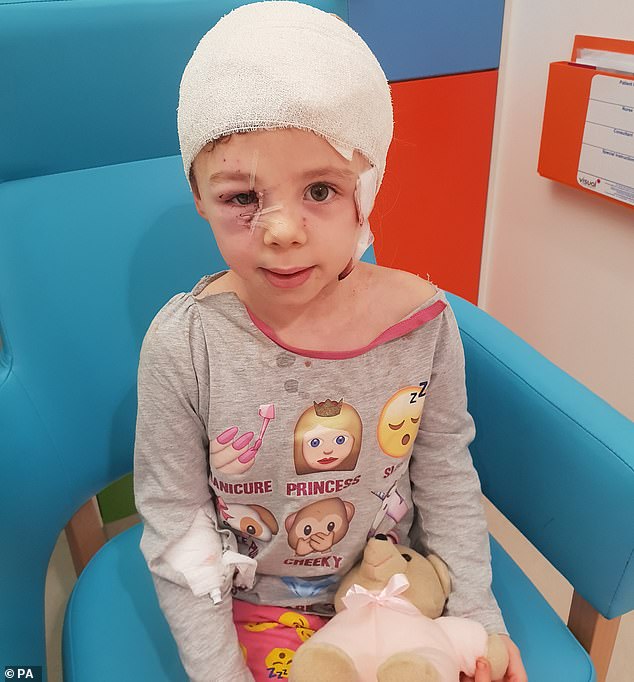 Sophie Evans, seven, was left with part of her skull exposed after being mauled by a German Shepherd. She is seen after having the gash on her face stitched together and wearing a head bandage over a wound that left her skull exposed 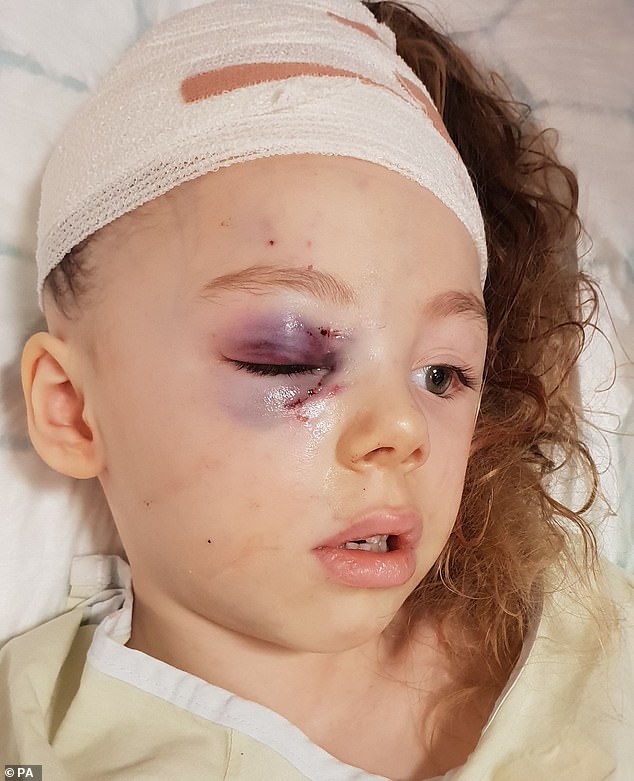 She was left bloodied and bruised following the vicious attack outside her home in Wombwell, South Yorkshire, in January 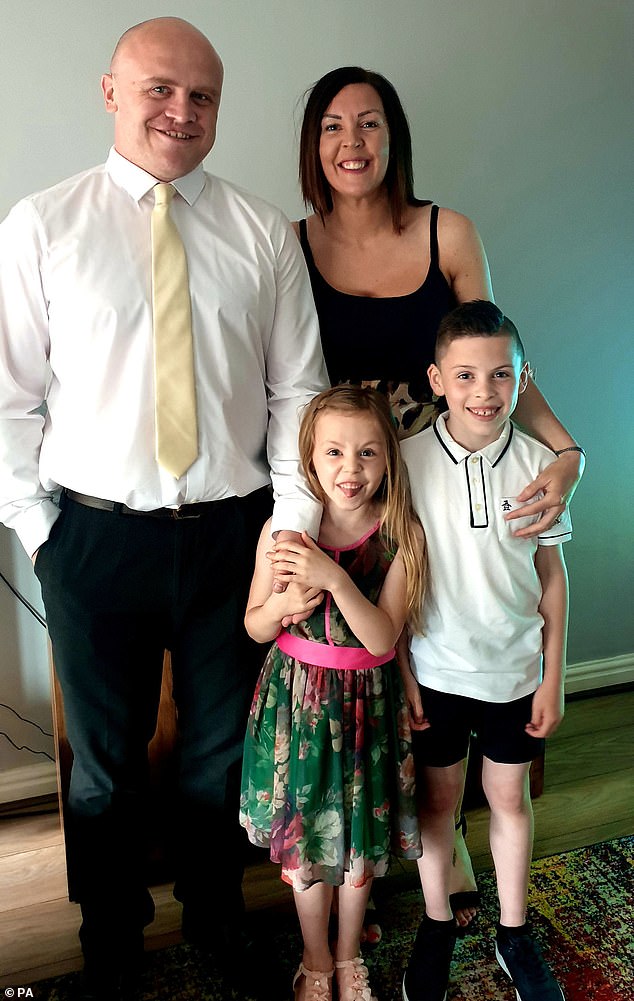 The brave youngster, who reassured her distraught parents she was ‘OK’ at the time, has now made a full recovery

Her mother Lyndsey, 34, described her horror at seeing her daughter soaked in blood with bite wounds across her face and scalp in A&E.

Mrs Evans praised the ‘magic hands’ of surgeons at Sheffield Children’s Hospital who treated her at the time.

She said: ‘I got a phone call at work to say Sophie had been attacked and I was heartbroken when I saw her.

‘To this day, I cannot believe how brave she was when I arrived. She just held out her hand and said, ‘Mummy, I’m OK’.’

Mrs Evans said Sophie was taken to a local hospital but then transferred to Sheffield Children’s Hospital’s emergency department.

She said Sophie’s nine-year-old brother Jack was there during the attack and was worried that she would not survive. It is unclear who owned the dog.

‘I’m used to seeing people on their worst days but nothing can prepare you for being on the other side as a parent,’ said Mrs Evans, who is a hospital receptionist.

Sophie was treated by the emergency team before spending four-and-a-half hours in surgery the next morning. 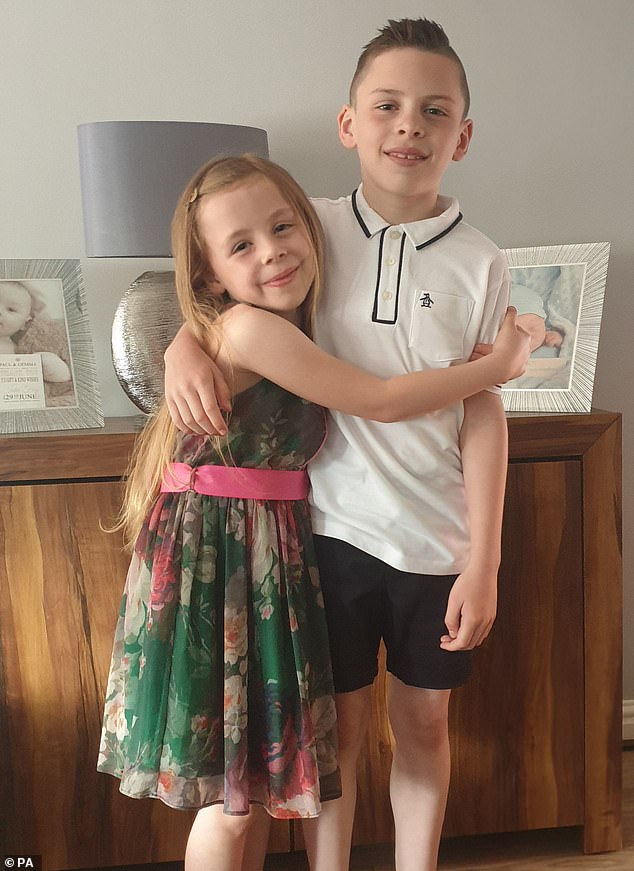 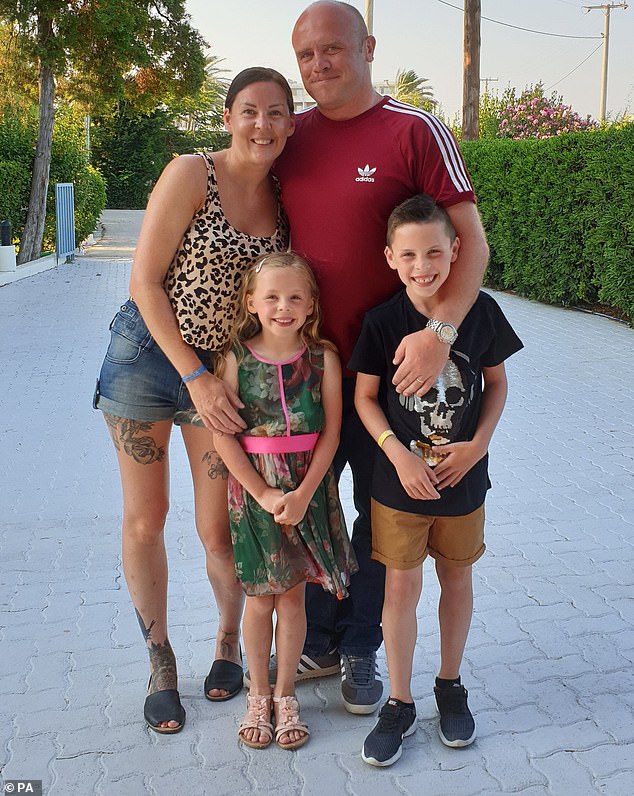 She was discharged two days later and Sophie was back at Kingsoak Primary School, in Wombwell, within three weeks.

Mrs Evans said: ‘All the staff who helped us were absolutely amazing, words will never be enough to explain how forever grateful we will be.

‘On the worst day of our lives, they made sure we were all looked after and reassured.

‘Thanks to the magic hands of the emergency department team, her scars are barely noticeable today. They fixed my Sophie up and she is perfect to us once again.’ 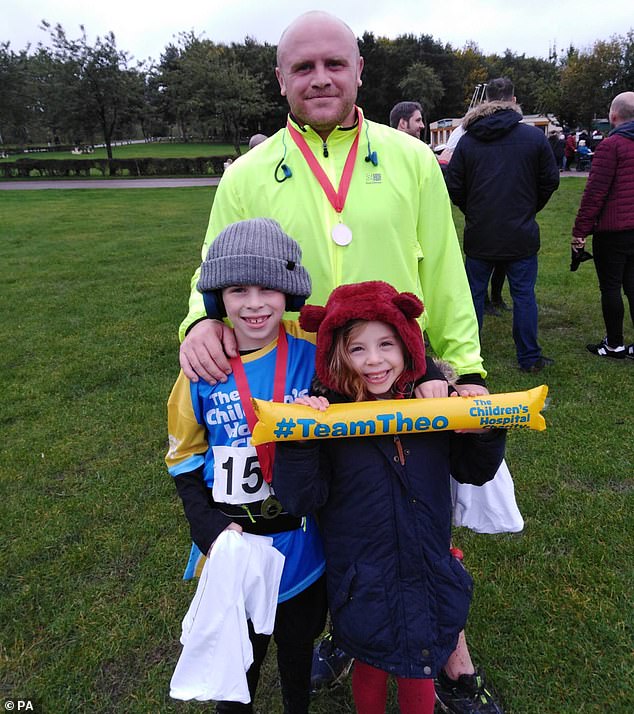 The thankful family have now devoted themselves to fundraising for The Children’s Hospital Charity. Jack has already begun the effort, running his first-ever 10K alongside his father (pictured after the event)

Jack has already begun the effort, running his first-ever 10K alongside his father – security officer Rob, 37. The pair raised £800 towards the appeal.

David Vernon-Edwards, director of The Children’s Hospital Charity, said the emergency department was built to see a maximum of 32,000 patients every year but last year saw almost 57,000.

In addition to the expanded waiting room and clinical space, the redevelopment will also build a dedicated space for children with mental health issues or learning difficulties and a separate area for adolescents.

Mr Vernon-Edwards said: ‘We’re so thankful to Sophie’s family for sharing their story and to her brother, Jack, for his fantastic fundraising.’

Man loses his legs, arms, nose and lips after his pitbull licked him

Greg Manteufel, 49, from West Bend, Wisconsin, lost his arms, legs and part of his nose and upper lip after a lick from his pitbull Ellie caused by a rare reaction to the pet’s saliva.

The case is extremely rare and doctors at his hospital, Froedtert & the Medical College of Wisconsin, were unable to explain he got so sick.

Over the last 10 years, at least six people have had severe reactions to a rare form of bacteria called capnocytophaga, which is common and harmless in dogs but can be fatal for humans that catch it. 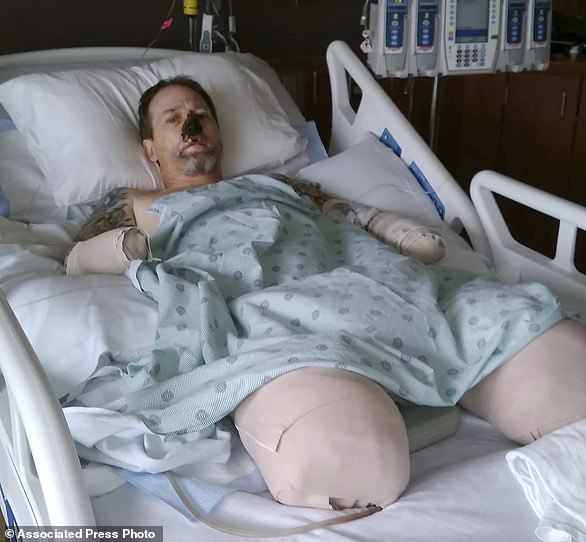 Greg Manteufel, 49, (pictured, in the hospital), from West Bend, Wisconsin, who lost part of his upper lip, nose, hands and part of his legs after a contracting a rare blood infection from his dog’s saliva 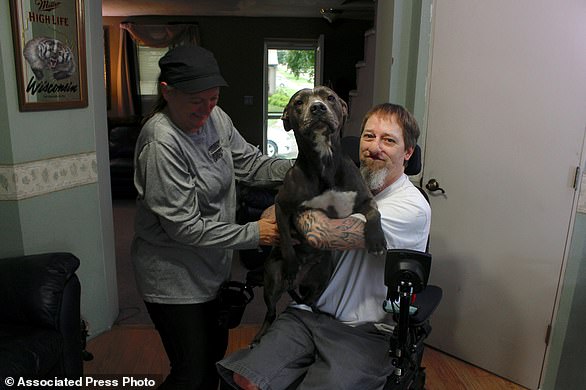 Manteufel was rushed to the hospital in June after experiencing flu-like symptoms and bruising on his arms and legs. Pictured: Manteufel holding his dog, Ellie, with his wife, Dawn

But researchers Harvard Medical School have found a gene variant in the victims that makes people more susceptible to developing severe medical problems from the bacteria.

Mr Manteufel thought he was getting the flu in June 2018 after he experienced symptoms of fever, vomiting and diarrhea. But when he started getting confused, his family took him to the hospital.

According to the National Institutes of Health (NIH), the bacteria is found in the saliva of healthy dogs and cats.

One 2014 study from Japan found the bacteria to be present in 69 percent of dogs and 54 percent of cats.

The bacteria can be transmitted to humans through bites and licks from the animals.

While most people will not exhibit any symptoms if they become infected, it has been shown to cause severe illness n those who have compromised immune systems, according to a 2003 study from France.

It is unclear if Manteufel had any pre-existing conditions but he developed sepsis, or blood poisoning, and his nose, both of his hands and his legs beneath his knees turned black.